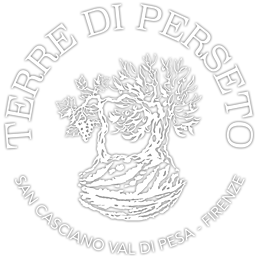 The name of our company, "Terre di Perseto", is already in itself a symbol of an ancient bond between our family and the land of Tuscany.

Formerly, on this land was grown a variety of peach called "Pescatardiva" (Late-Season Peach). This peach is a typical product of the Chianti Classico area within the municipality of the village of San Casciano in Val di Pesa, where we are as well placed. The "Late-Season Peach" finds particular benefit from deep, medium-textured and draining soils, as well as from our ventilated climate.

The word "peach" is a contraction of the word of Latin origin "persica" (Prunus persica); similarly, the term "Perseto" indicates a "peach orchard". Hence the name of our company, that is placed on a land formerly devoted to growing these peaches. Our logo, with the vine and the olive tree tightly joined together and placed on a peach kernel, as if they both originated from it, is therefore a symbol of our family history, as well as a tribute to the mix of crops and cultures and to the exchange and sharing of agricultural traditions between the different peoples who, in various eras, have inhabited this region. 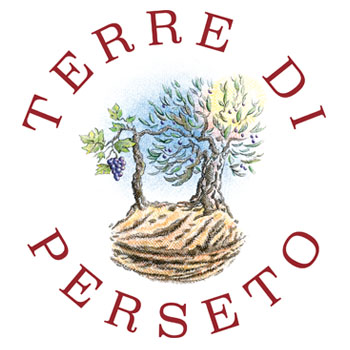 This site uses cookies, including from third parties, to optimize the user experience while browsing and allow basic functionality; collect anonymous statistics; profile the user to send him advertising in line with his preferences.