The first document containing the oldest reference to 'Chianti', meaning the wine produced in the area, is dated 1398. 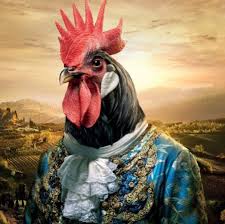 In the XVI century this wine was loved and drunk also by Popes. Around the year 1536, Pope Paolo III was adviced by Sante Lancerio, an historian and geographer, as well as his personal bottle-holders, to purchase it for his cellars.

On 1716, then, the Grand Duke of Tuscany, Cosimo III, set the boundaries of the area of production of the Chianti wine, that is an area closed between the cities of Florence and Siena.  At that time, the Chianti wine was already very successful.

On 1932, the suffix "Classico" was added to the word "Chianti" in order to discern the Chianti wine, produced in the above mentioned area of origin, from all the other wines called "Chianti" but not produced in this territory.

On 1984, the Chianti Classico obtained the D.O.C.G. (Denomination of Controlled and Guaranteed Origin) certification, that is the highest acknowledgment in Italy for high quality wines.

On 2016 it was celebrated the 300th anniversary from Cosimo III’s promulgation about the Chianti borders; the same year it was submitted a nomination proposal for the Chianti Classico territory to be considered for inclusion in the UNESCO’s World Heritage List. 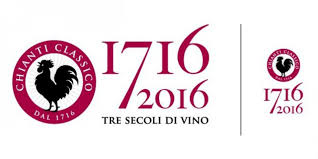 Chianti Classico’s bottles have always been distinguished by a logo picturing the image of a Black Rooster, that is an historical symbol of the "Ancient Military Chianti Legion" dating back to the Medieval times. A depiction of this ancient symbol by the painter Giorgio Vasari can also be found on the ceiling of the "Salone dei Cinquecento" in Palazzo Vecchio in Florence.

The history of this symbol also includes a singular legend set in the Medieval times, which is explaining how the geographical boundaries of the Chianti territory were decided. And the protagonist of this story is indeed a black rooster.

In the XIII Century, the Republics of Florence and of Siena were bitterly fighting to prevail over each other on the Chianti region, a land placed in between the two cities. In order to decide once and for all which part of the Chianti land should belong to Siena and which part to Florence, the two cities decided to resort to quite a bizarre method.

It was agreed that a knight on horseback would have to depart at sunrise from each city and then the boundary belonging to each city would be set at the knights' meeting point. 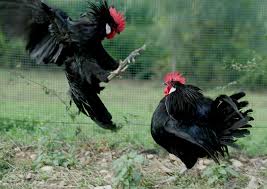 It was agreed to leave at dawn and the signal for departure would be the song of a rooster.

Therefore, for the success of the mission, it was decisive the rooster chosen, rather than the rider or the horse.

Siena chose a white rooster, while Florence opted for a black one, which the Florentine people kept closed in a small and dark chicken coop for many days, feeding it poorly.

So, on the day of the challenge, as soon as the Florentine people opened the chicken coop, the black rooster began to sing madly, even if the sunrise was still far away.

Its singing allowed the knight of Florence to start with hours of advantage over his opponent, who instead had to wait for the first lights of the day to start his own race at the white rooster's song. In the end, the knight from Siena rode for about 18 kilometers only before meeting the knight from Florence: they met in the small village of Fonterutoli.

It was thus that almost the entire Chianti region passed under the rule of Florence: thanks to a black rooster!

Are you curious to taste a true Chianti Classico wine with Controlled and Guaranteed Designation of Origin? CLICK HERE!

X Informative - This site uses cookiesincluding third parties for Optimize the user experience while navigating and enable basic functionality; collect anonymous statistics; Profile the user to send him advertisements in line with his preferences.; offer additional features such as maps and social widgets
Click here to deny your consent. If you want to know more or deny consent to all or some cookies Click here.
If you do one of these things, you agree to the use of cookies: Click on button 'OK' on banner; Cliccare on button 'Activate cookies' inside blocks; Scrolling the window; Closing the banner.
OK